Geoffrey Everest Hinton FRS FRS (born 6 December 1947) is an English Canadian cognitive psychologist and computer scientist, most noted for his work on artificial neural networks. Since 2013 he divides his time working for Google (Google Brain) and the University of Toronto.Hinton was one of the first researchers who demonstrated the use of generalized backpropagation algorithm for training multi-layer neu nets. He is a leading figure in the deep learning community and is referred to by some as the "Godfather of Deep Learning". His.dramatic image-recognition milestone in Imagenet challenge 2012 revolutionized the field of computer vision

شبکه های کامپیوتری
22 مهر 1397
Vinton Gray Cerf ForMemRS,born June 23, 1943) is an American Internet pioneer, who is recognized as one of "the fathers of the Internet", sharing this title with TCP/IP co-inventor Bob Kahn. His contributions have been acknowledged and lauded, repeatedly, with honorary degrees and awards that include the National Medal of Technology. the Turing Award, the Presidential Medal of Freedom,the Marconi Prize and membership in the National Academy of Engineering.
1-جزوه شبکه های کامپیوتری پیشرفته، دانشگاه علم و صنعت ایران
2-اسلاید های درس شبکه های کامپیوتری
3-صفح درس مهندسی اینترنت، مهندس زمانیان
ادامه خبر... 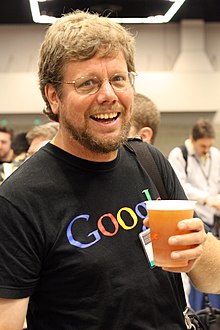 Dennis MacAlistair Ritchie (September 9, 1941 – c. October 12, 2011) was an American computer scientist. He created the C programming language and, with long-time colleague Ken Thompson, the Unixoperating system. Ritchie and Thompson were awarded the Turing Award from the ACM in 1983, the Hamming Medal from the IEEE in 1990 and the National Medal of Technology from President Bill Clinton in 1999. Ritchie was the head of Lucent Technologies System Software Research Department when he retired in 2007

C was originally developed by Dennis Ritchie between 1969 and 1973 at Bell Labs,and used to re-implement the Unix operating system.It has since become one of the most widely used programming languages of all time,with C compilers from various vendors available for the majority of existing computer architectures and operating systems. C has been standardized by the American National Standards Institute (ANSI) since 1989 (see ANSI C) and subsequently by the International Organization for Standardization-ISO 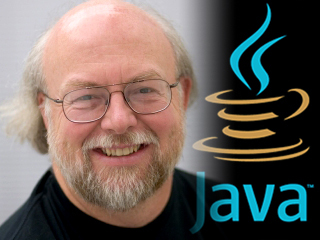 James Arthur GoslingJava is a general-purpose computer-programming language that is concurrent, class-based, object-oriented, and specifically designed to have as few implementation dependencies as possible. It is intended to let application developers "write once, run anywhere" (WORA), meaning that compiled Java code can run on all platforms that support Java without the need for recompilation. Java applications are typically compiled to bytecode that can run on any Java virtual machine (JVM) regardless of computer cuckoo search is an optimization algorithm developed by Xin-she Yang and Suash Deb in 2009.was inspired by the obligate brood parasitism of some cuckoo species by laying their eggs in the nests of other host birds (of other species). Some host birds can engage direct conflict with the intruding cuckoos. For example, if a host bird discovers the eggs are not their own, it will either throw these alien eggs away or simply abandon its nest and build a new nest elsewhere. Some cuckoo species such as the New World brood-parasitic Tapera have evolved in such a way that female parasitic cuckoos are often very specialized in the mimicry in colors and pattern of the eggs of a few chosen host species Cuckoo search idealized such breeding behavior, and thus can be applied for various optimization problems.
1-جزوه آموزشی الگوریتم بهینه سازی فاخته (COA)
ادامه خبر...